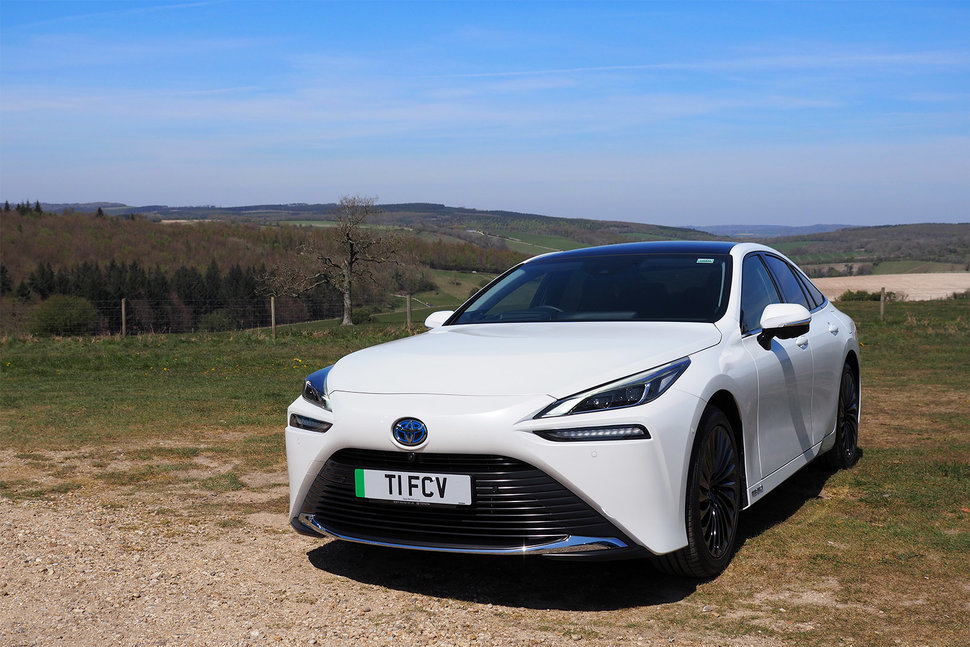 If you watched local TV channels at a lot in the late 2000s just like me, you must have seen that Bank PHB advert where they predicted that “one day, cars will run on water”. The advert shows a man driving his car on the highway and when the fuel gauge signaled an empty tank, he stopped the car at a fueling station and refilled it with water before continuing his journey.

Although Bank PHB is now defunct and transitioned into Keystone Bank or something, THAT day when cars are running on water is here and it doesn’t look great for Nigeria. I will explain.

World’s largest car brand, Toyota, recently announced the 2020 Toyota Mirai HFC in Japan. Mirai is a Japanese word for future and the car itself is a hydrogen-powered sedan that is now being touted to replace our “normal” petrol-powered combustion engine cars in the future.

Hydrogen is an element that binds with oxygen to form a compound called H20, otherwise known as water. To produce hydrogen, you only have to remove oxygen from water, the remaining stuff is known as hydrogen and it’s really powerful – so powerful that it can substitute fossil fuels like petrol in electricity production. In fact, Hydrogen accounted for nearly 2% of the electricity supply in the USA in 2018. The US government says it wants to make that figure higher. The icing on the cake is that Hydrogen does not cause global warming, pollution, or generates smoke when used. When used with oxygen to produce electricity or power, what hydrogen emits as its by-product is…wait for it… water.

The Toyota Mirai operates like a normal hybrid Lexus or Highlander or Prius, however, instead of petrol, it uses hydrogen to produce electricity. When the hydrogen “burns”, the car takes the needed amount of electric to function and diverts excesses which are then stored it in a special battery. When the battery is filled up, the hydrogen engine is put to rest and the car depends on the battery for power until the battery gets low and it switches back to hydrogen again for power and vice versa.

How succesful is the Toyota Mirai going to be?

Toyota sold only 5000 hydrogen cars last year but the Japanese car maker says it expects to sell 30,000 in 2019. The fast expansion of the hydrogen fuel cell market could be a pipe dream for now due to lack of hydrogen stations which are said to be three times more expensive to setup than conventional petrol/gas stations.

Alongside the Toyota Mirai which is the first production hydrogen fuel cell vehicle to go into production, Honda is offering the Honda Clarity Fuel Cell while Kia/Hyundai has the Hyundai ix35 FCEV and American car giant Chrysler has the Natrium HFC in stock.

Toyota Mirai and HFCs are still better alternatives to Teslas, other electric vehicles

Tesla electric car models take an average of 8 hours to charge up when connected to a non-supercharger. The Toyota Mirai takes ~4 minutes to get a full tank refill of hydrogen. A Toyota Mirai with a full tank of Hydrogen has a capacity of driving from Abuja to Onitsha without the need for a refill, most electric cars can’t. Worse, you’ll be forced to spend a lot of time by the roadside charging your electric vehicle if it goes flat during a journey.

The biggest gain Toyota Mirai has over Tesla (and Nissan Leaf, Mercedes EVs, and other electric vehicle products) is that one requires only hydrogen to function, but for the other, you’ll require conventional electricity to charge it, and more often than not, this electricity is generated in power plants that use fossil fuels and gasses to generate power – so you ended up burning fuel and causing global warming just to charge your car.

What this means for Nigeria

The world is tilting towards less and less dependency on crude oil due to global warming and this means bad business for Nigeria whose economy is powered by crude oil sales. Not just Nigeria, any country that solely depends on crude oil to survive will have itself to blame by 2030 when nationwide bans take effect on cars that use diesel and petrol in many countries of the world.

Here’s a list of countries that are so determined to keep fuel cars from plying their roads that they got them banned:

Note: Seattle and Los Angeles are two cities in the United States who placed bans on fossil cars. Other states are expected to follow suit in the near future.

Whether Hydrogen vehicles are taking over the world or not, we’re only certain that the crude oil fiesta will not last forever. Nigeria should borrow a leaf from what is currently happening in Venezuela and picture what happens when a crude oil party is over.