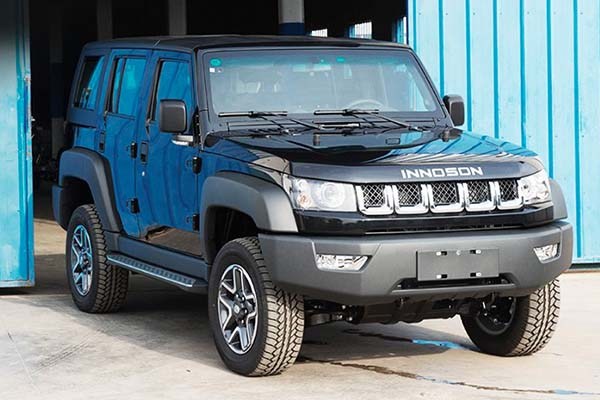 Ever since the first set of 100 cars were rolled out from the stables of Innoson in Nnewi, a heavily industrialized city in the Southeastern Nigeria state of Anambra in November 2014, the most common question on everyone’s lips seems to be: does Innoson actually manufacture cars or do they just sell assemble?

This particular question dominates discussions anywhere industry experts are discussing cars and the name Innoson is mentioned, so much that people rarely have time to discuss the reliability, speed and other aspects of Innoson vehicles like they do when Toyota, Honda or Mercedes Benz is mentioned. The question was again a fiercely-argued topic at a social event yours faithfully attended last week (the event didn’t even relate to technology or cars ) so I decided to address this issue once and for all with a blog post.

Is Innoson a car manufacturer?

Why call it manufacturing? Isn’t it just assembling?

Yes, Innoson sources some production parts of its vehicles from other manufacturers. Innoson says it buys 30% from other people, after producing 70% of the parts in-house. This could be less, or more but the most important thing is that no car manufacturer in the world produces 100% of its vehicles. In fact, hardly any tech company can boast of producing 90% of its own products’ parts.

Saying that Innoson is not a manufacturer because of a few outsourced parts is just like saying that an engineer did not build a house because he bought or outsourced his cement (car parts) for building the house from Dangote or Ibeto. Now, lets explain this with more of real life examples involving other car companies.

Among a list of numerous things outsourced from other companies, Mercedes buys their engines from Renault and Nissan, axles from India’s Force Motors, sound system from Burmester and tires from Dunlop. Apple does not manufacture a pin inside an iPhone. They borrow processors from Samsung (a major competitor by the way), screens from LG, casings from JBL, storage, batteries, circuits and other things from Chinese companies like Amperex Technology Limited. The entire thing is assembled by a different company called Foxconn in China and called an Apple iPhone, and then Apple is said to be a manufacturer. If Mercedes and Apple are called manufactures, so why not Innosson who crafts 70% of its vehicle parts in-house?

Like Apple, same goes for Nokia phones, Microsoft tablets and even some Samsung phones as well. If all these companies are manufacturers why then could anybody in his or her right senses call Innoson a car assembler? Innoson manufactures cars, period.